Is talking on the phone too intimate? 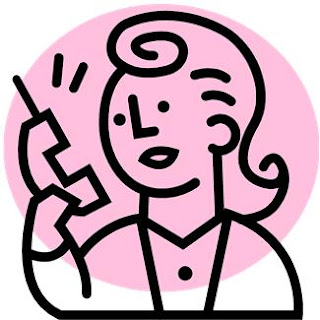 People don’t talk on the phone anymore. This is OK with me. I don't like talking on the phone.

But you used to ring people to invite them out for coffee. Now it seems like talking on the phone is infused with special meaning. It's too intimate to ring someone on the phone. You may send an e-mail, but you probably post on Facebook or Twitter.

If you live in New Zealand, you send a text. Almost everyone I know sends texts. You don't talk to people on your mobile phone, unless you are on a “calling plan”, or you use your phone for work.

There must be quite a few of us plebs who don't want to be locked into a plan. The rates to talk on the phone are prohibitively high for us. The work-around is to pre-pay and send texts. But maybe ringing on the phone is too intimate anyway.

--
Since I joined Facebook, I have re-connected with lots of people. But most people don’t list their phone numbers on their profiles. They must think Facebook will give their phone numbers to telemarketers, or the paparazzi. Or someone will "stalk" them. Because they are celebrities, and they have privacy concerns.

Only one person from Facebook has rung me on the phone. And I was so stunned. All I could say was, “What the fuck are you doing ringing me?” And I wonder why people don't ring me.

--
Facebook is a strange place. You could be on Facebook all day, and nobody would try to chat with you. Is everyone waiting for someone else to initiate a conversation? Do we hope the one person with whom we want to chat will appear online? Or, are we afraid the people we don’t want to talk to will find us? And we will be stuck chatting with them in a Facebook version of hell?

--
I hoped it would be different with my bloggy friends. Surely, they aren't as paranoid as my Facebook friends. But it seems like almost everyone has been scarred by--I don’t even know what. Match.com? Missed encounters on Craigslist? The internet in general?

I guess most people want their internet life to be in a different sphere from their Real Life. They want to be anonymous on the internet. The Internet is pretend, and a phone call is real. So, I only have talked to one blogger. It was on Skype. And it was without video.

--
I probably should examine the role of gender in all this. Is it OK for married men and women to ring each other on the phone or Skype, or to chat over IM? Is this a slippery slope? Can men and women really be friends, or does sex always get in the way? Discuss amongst yourselves.
Posted by Juli at 11:26 PM

Email ThisBlogThis!Share to TwitterShare to FacebookShare to Pinterest
Labels: blogging and social media, I want to know why.

I could be talking to myself about this all do. And quite possibly, I have.

You made me giggle about the privacy concerns. My word, what are people really worried about? I just assume privacy is an illusion anyway and who cares what I'm up to or how to reach me? If someone rings me and I don't recognize the number, it's likely I'm going to let it go to my voice mail anyway.

Plus, I love skype and use it to chat with old boyfriends. Definitely a slippery slope but all I had to do was tell the that my boobs of which they were once so fond have now drooped into my lap. That put a stop to all that "show me your boobies" nonsense. And they still like to chat.

and I meant all day. sorry about that

First, I have never called anybody to invite them out for coffee. Ever. Even when we had a rotary dial.

Texting is a way to have a conversation in short bursts that -supposedly- does not interfere with whatever is going on in your life at the moment. It's amazing to me that texting is common amongst people much older than I am as well as those much younger. In general I don't think it's intimacy that makes us not call folks, but more just convenience and general laziness. If I call someone I need to stop everything else going on to concentrate on just that call. That is reserved for my wife, my kids, my sibs. A friend once in a while, and work of course. That's it.

And yes, for me the blogosphere needs to be forever separate from my "real" life. It would not, in my mind, be appropriate for me to interact on a verbal basis with the folks (bloggers are mostly women) I know here. These interactions are light, like support-group light, but light nonetheless. A one-on-one would be completely different.

Then there's always that quiet fear in the back of my mind, that if we all communicated live, with all the verbal cues of actual conversation, that we might not feel such a connection. We might not like each other so much.

I can't put into words how much I dislike talking on the phone. The word HATE comes to mind. All of my friends know to text me, but some still call and say "I know you hate talking on the phone but I thought I'd call you anyway to chat while I was driving home, why don't you ever pick up?"

Phone calls should be reserved for extreme emergencies only.

My husband doesn't blog or even really participate in Twitter so I wouldn't feel comfortable chatting or extensively emailing privately with anyone from my online world. He wouldn't "get" it.

I never liked talking on the phone either. As I child I hated having to phone to organise things or be called to talk to my Grandma or Aunt or Uncle. I liked talking to them face to face, just not on the phone.

My oldest daughter hates it too, but my middle daughter LOVES it.

I only phone when I have to get hold of someone in a hurry or in an emergency (or to phone the school to say my daughter won't be coming in - and I hate doing that - wish they'd accept an e-mail or text message!).

Fascinating subject - I reckon you could write a paper for a PhD on it!

I know what you mean about the cell phone plans - we only do pre-pay, and send texts a lot (which I hardly ever did in the States). But the cost here is too high!

I like having some anonymity on my blog because in the past, some of my husband's work-related contacts found my blog and didn't like it. So I changed the name and am more tight-lipped (or is tight-typed?!). I have done Gchat and Skype with some bloggers, and I'll email back and forth with many of them, but I usually wait until I can figure out if someone seems relatively normal before giving out my last name, ha ha!

I'm an internet person precisely because I hate talking on the phone so much. I keep my number of facebook because I don't want to be called. I'd much rather be able to respond to an email or a text. I'm just slightly more comfortable conversing textually rather than verbally in general, but I'd way rather talk in person than on the phone.

I love this. You're so right, calling is very agressive. I only call the people I really, really, really like. Can I have your number? (ok, this is too cutesy...BUT! It's true, I would totally call you and not pray for voicemail.)