The Tell-Tale Post, with apologies to Edgar Allen Poe. 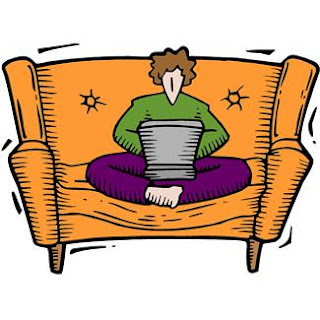 I had been very nervous. Very, very nervous. Nablopomo (National Blog Posting Month) had sharpened my senses. I heard every little sound. But I was not crazy. No. Look at how calmly I tell you this story.

I can’t say how I first got the idea to do Nablopomo. But once I had the idea, it haunted me day and night. I liked posting on my blog. I didn’t mind that it didn’t bring me any money. Not having many page loads did not matter. But I think it was the tiny heads who were following me, with their tiny eyes. Whenever I saw them, I felt so anxious.

Now, you will think I am crazy. But I just wanted to lay my head on my pillow and go to sleep. I even felt a bit relieved. I didn’t really need to publish a post for Nablopomo. My computer was using its screen saver, so I could not see the tiny heads with the tiny eyes. I listened to the rain falling on the roof of my house while everyone else was sleeping. But then I heard a low sigh. I thought it was the wind, or a mouse. Maybe it was Adam or Five. But no. It was my blog, sighing as it heard Death approach. I knew that sound so well. It was like the sound of a clock, ticking away the minutes until the deadline to publish. I grew resentful of my blog, demanding that I publish a post every day. My anger increased, and I felt as if I might delete it.

But I stopped myself. I lay frozen in my bed, but the hellish ticking of the minutes continued. Tick, tick, tick. My blog’s terror must have been growing larger. Would I publish a post? Now, at this dead hour of the night? The house was silent, but the ticking grew louder and louder until I thought it must wake everyone and the neighbours too. Tick, tick, tick.

I shut down my computer. But for many minutes, the computer closed applications and began to install updates. Still, a tick, tick, tick, until the computer stopped. Finally, all was quiet. I rested my hand on the computer, and it was still. Maybe you think I’m crazy. But I hid the computer in a drawer. It had been a long day. I didn’t want to publish a post. I picked up my book and began to read. But then, there was an alert on my phone. I had a DM. I looked to see who was there, with an easy heart, because what did I have to fear? My blog with its tiny heads was shut down inside my computer.

It was @ThreeOfficers on Twitter. They were from Nablopomo. My father had alerted them when I did not publish a post on my blog, and suspicion had been aroused. They were obliged to look for a post. I lied and told them I was planning to publish a post, but I had been feeling ill. I said, I will turn on my computer and you can search for it. You will see that I have a post to publish. Then I gave them permission to remotely access my computer.

@ThreeOfficers was satisfied. They found some drafts for posts that had not been published. We chatted on Twitter about the Emmys. But before long, I really wished they would go away. I had a headache, but still they chatted. Why would they not leave me alone? I continued to chat on Twitter, but I heard a ticking sound. It was the tick, tick, tick sound of the clock. It grew louder and louder, but of course @ThreeOfficers could not hear it. I argued about Glenn Beck and Koch Industries, and I grew more flustered and annoyed. Oh, God! What would make it stop? Anything was better than this suffering, this pain. I felt that I would die if I continued to hear the ticking of the clock.

Email ThisBlogThis!Share to TwitterShare to FacebookShare to Pinterest
Labels: blogging and social media, my fiction

But I hear you - there are days when blogging feels like an obligation. I hate obligations.

"...It was my blog, sighing as it heard Death approach..." Great stuff Juli! I've enjoyed reading your posts this month and going on this journey with you (even though you did all the work). Congrats and thanks for sharing it with us!

This is a FAB post, Mrs Poe! Never say 'Nevermore'!