Occasionally someone emails me and asks for relationship advice.

I'm not qualified to give relationship advice. But in the spirit of “if you can’t do, teach”, I'm going to share the knowledge I've gained through painful life experience. I am fickle, so I may only do this once. We shall see.

Dear Juli:
I'm from Indiana, and I've fallen in love with a great guy. The only problem is, he lives in New Zealand. What should I do?
–Pretty Woman

Dear P.W.:
Don't be an idiot. Don’t fall in love with a Kiwi. Have a brief affair. (Is the sex really that good?) Then say goodbye forever. (Unless you are from Russia and have no family.) Try to meet someone from Chicago.

Falling in love accidentally is a myth. Falling in love isn't like stepping in dog shit. Well, actually it's a lot like that. Don’t fall in love with this guy. Snap out of it.

If you've already made the mistake of falling in love (and you want to be in the same country), you'll need to get permission to live in New Zealand. (Unless you want to get him a green card. Which I don't recommend, unless you are particularly masochistic.) This will be an invasive bureaucratic hassle. 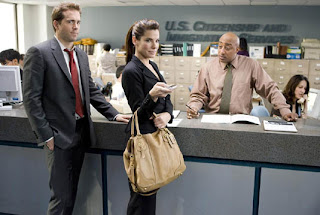 In the movies, the wrong people always fall in love. And after 90 minutes, they live happily ever after, or they die.

You are not a character in a movie. Or a teenager. (If you are a teenager, I don’t want to know about you having sex with the best body you'll ever have in your life.)

This may not be what you've read in women’s magazines. But falling in love isn't something that happens in spite of yourself. Choose who you fall in love with. You don’t want your relationship status to be “It’s Complicated.”

Obviously, I haven’t followed my own advice. My speciality in life has been impossible relationships. (My motto is: The more red flags, the better.) So, unless you want to write to a blog like mine, don’t fall in love. Because love stinks.

Email ThisBlogThis!Share to TwitterShare to FacebookShare to Pinterest
Labels: soapbox

I'll try anything once.

Blogging every day in May didn’t happen. HAHAHAHAHA. Yes, that's the sound of me laughing. I'll try anything once. But I should have set a more realistic goal—like, brushing my teeth every day. Let’s move on.

So, camping over Easter weekend was fun. (Mostly.) We camped next to a rain forest. (It rained a lot.) We spent our afternoons debating—would the tent leak? (It didn't.) 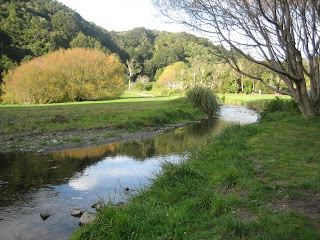 I was impressed by the facilities. (Free electric barbecues! Power to charge your mobile phone! Rubbish collection!)

We ate well. Steaks and burgers and sausages and chicken wings. Porridge for breakfast and proper coffee. Easter lollies and chocolate.

The Bogans were our neighbours. Uncle and his three teenage boys, Niece and her young two kids, and a couple of dogs. They had two caravans and two tents.

After our first night, they shared secrets about the camp ground. They'd been going there for years, and they had the best camp site. They knew where to find dry wood. Did we need more tent pegs or another tarp?

Uncle told me about the deal that he got when he bought his caravan, and how to get around paying the rego for the whole year.

“And you can come up here if you separate from your partner,” Uncle said. “You can stay here until yous get set up.”

Apparently, this was what he had done when his wife kicked him out. I didn’t mention that Adam and I had separated. It was too complicated to explain.

The Bogans were unruly, but nice people. They always had a fire going on the bank of the river. (They were burning old furniture.) They drank and played music—but not too late. They looked after a dog someone had left in the campground.

But I couldn't help thinking of a scene from “Cold Mountain”.

“Do you remember when Jude Law’s character and that crazy preacher go up to the lopsided cabin, and they get drunk on moonshine?" I asked Adam.

"The room is spinning, and the women are dancing around and lifting up their skirts. And they get turned in for being deserters.” 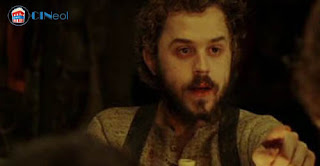 It was a strange, tangential thought.

But aren't all holidays an odyssey? Adam and I went on a journey together. While we camped in the ruins of our marriage, I was happy to pretend we were still a couple. One last time.

We're going to see the elves! 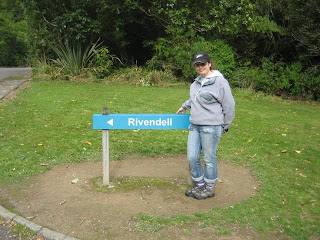 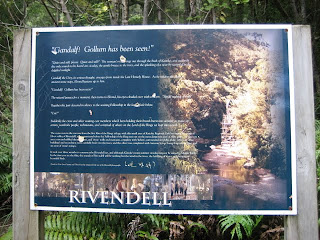 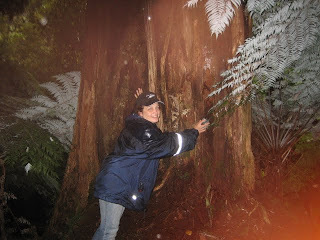 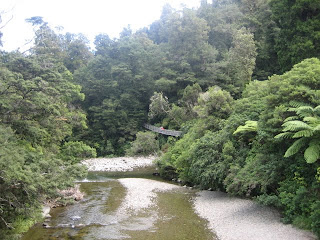 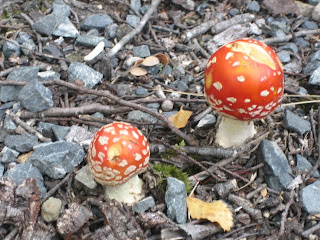 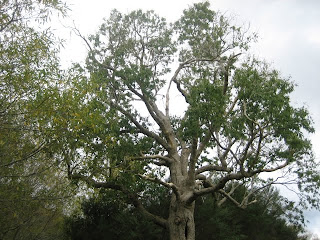 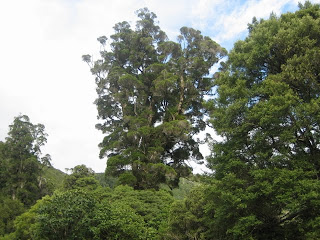 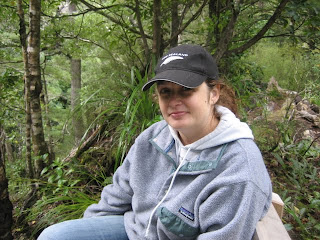 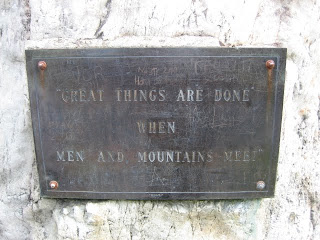 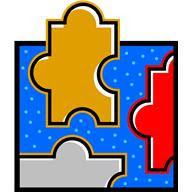 The week before Easter, Adam and I decided to take Six camping over the long weekend. I don’t remember how this decision came about. Maybe it was temporary insanity. Or maybe in the wake of a separation, you sometimes try to put your family back together, like a jigsaw falling into place.

I wanted a change of scenery. And even though Easter wasn’t “my day”, I would get to spend some time with Six.

"This is great for Six," Adam and I said.

On Thursday the weather was glorious. By chance, Adam had the day off. Since rain was forecast for later in the weekend, I did my best to persuade Adam to leave a day early.

But Adam wisely rejected my impulsive plan. There wasn’t enough time. We wouldn’t be able to get to the campgrounds before dark.

I was disappointed. “Oh, well. Six has swimming in the morning anyway." We would leave the next day, as we had planned.

I love making lists. I found a camping checklist on a website, and I assembled camping gear in my head. Duct tape, laundry pegs, mess kit, first aid kit. Sleeping bags, food. Adam and I each would bring food for a few meals.

I patted myself on the back. We wouldn’t waste time "negotiating" over what to bring. Since our separation, I had really grown. I was more independent, and better at communicating. Less controlling. I had evolved. Maybe Adam and I would be a new kind of couple. Living separately, but still doing things together.
Posted by Juli at 8:11 PM 2 comments:

Email ThisBlogThis!Share to TwitterShare to FacebookShare to Pinterest
Labels: separation

I fell off the wagon.

Last month, I fell off the blogging wagon. I wrote only one post in the entire month of April.

As a newly separated and somewhat disaffected SAHM, I wanted to blog. But my energy was consumed by Stressful Life Changes and Tedious Tasks.

Adam and I are still rearranging our lives into two separate households. And for the last fortnight, Six was on his school holidays. I really had no time to blog. However, I was able to rant on Twitter. (See for yourself here.)

I whimpered and tweeted. And yet, I missed sharing my musings with you here—those naked, personal thoughts that a sane or normal person would keep to herself. Could I stretch my hours to include blogging? I wondered.

What I needed was some extrinsic motivation. Something to help me recapture the desire to overshare on my blog.

For many people, wages are a good incentive. But wages are rare in blogging. It seems that I must “make do” with another round of NaBloPoMo (National Blog Posting Month).

So, I will post every day in May. Maybe the fear of failing this challenge will motivate me to blog.

Project Firewood was a success. Thank you to you and you and you.
You know who you are. I've been thinking about you a lot, and postcards soon will be in the post, full of my scribbled thanks and gratitude. Because I am grateful, even though I am no good at expressing gratitude. You helped me step away from a ledge, and I never will be able to thank you enough. 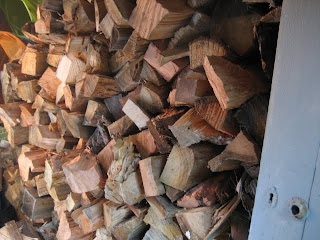