Well, instead of posting my usual drivel here, I've been trying to write a novel for NaNoWriMo (National Novel Writing Month). Trying because Adam has been working Saturdays, and I'm stuck solo parenting. Last weekend I fell behind in my word count, and I’m struggling to catch up. I’m not sure that I will make the deadline. Because I can’t multi-task. Or stay up past 11PM. Boo-hoo.

Last Sunday we had a power outage at Wellington Road. It was an individual fault, our second in five years. I was supposed to be baking a cake for the cake stall at the school fair. But, no. Instead we put the meat and fish that I had just bought in the chilly bin (Kiwi for cooler). And made coffee on the camping stove. And there was the school fair. Sans cake. How am I supposed to write a novel when life keeps interrupting me?

--
Yesterday was Thanksgiving. As you can imagine (and I've probably mentioned), Thanksgiving in New Zealand is pointless. There are no comparable Kiwi holidays. But Adam humours me. Because on holidays I turn into a sentimental sap.

The weather has just turned scorching hot. Spring lamb on the barbecue, asparagus, and strawberries make more sense than a big roast dinner to celebrate an abundant harvest. Some years I have plans to create a merry and festive Thanksgiving ritual. Of course none of these plans actually happen. Maybe next year.

I am grateful for the abundance of good things in my life. Even more so after the recent tragedy with the 29 Pike River miners in New Zealand. Happy Thanksgiving, everyone! 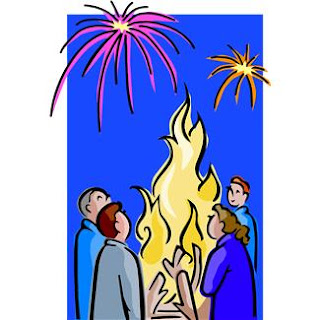 Adam: Didn’t you just do that?

Adam: I thought it was a couple months ago?

Juli: You're thinking of NaBloPoMo. That’s when you post on your blog every day. NaNoWriMo is the novel writing challenge, when you write a book in a month. I think NaNoWriMo is easier than NaBloPoMo because you don’t need to show everyone what you’ve written...

Adam: (trying to walk out the door) O.K.

Juli: (still talking) And I think NaNoWriMo has helped me to gain confidence. Now I know that I can crank out books in a month (or two), and... (trails off when she realizes that she is talking to herself)

--
When I tell everyone that I am participating, NaBloPoMo and NaNoWriMo are much more effective challenges. Then I am shamed into completing them (or at least trying to). If you want to follow my progress, or add me as a writing buddy, go here.

--
About five years ago, I made an outline for this book, which is now stale rubbish. So I have started all over. My first step was to start brainstorming on my tumblr.

Now it's time to turn this book into something real--or a First Draft. Wish me luck!
Posted by Juli at 2:15 PM 10 comments: